Scientists team up with government for banana project 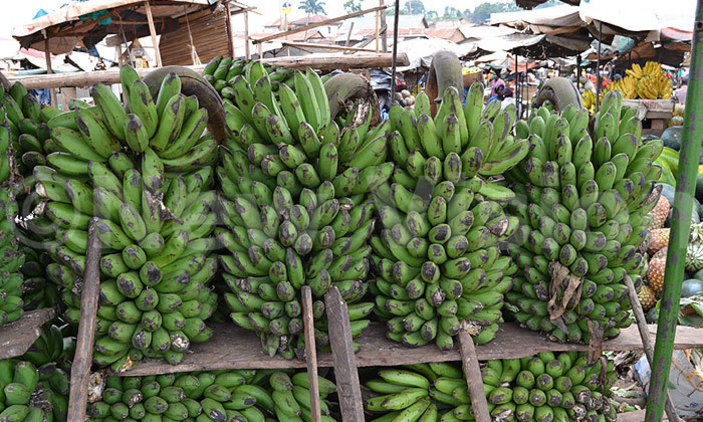 Scientists team up with government for banana project

The scientists from the above institutions held a scientific research forum on Friday at PIBID-Nyaruzinga in Bushenyi district to review, evaluate and assess the different research proposals that scientists have formed up.
Scientists from six universities have teamed up with government institutions to develop ideas/proposals through research on how to further industrialize matooke/banana industry.

The universities are in collaboration with the Presidential Initiative on Banana Industrial Development (PIBID) and National Agriculture Research Organization (NARO.)

The scientists from the above institutions held a scientific research forum on Friday at PIBID-Nyaruzinga in Bushenyi district to review, evaluate and assess the different research proposals that scientists have formed up.

According to the PIBID executive director Rev Prof Florence Muranga among the research proposals include mainstreaming banana fiber into textiles industry biogas production, extrusion, climate change management in banana cropping systems and mitigation of ripening loss in the banana industry through flavor extraction.

Addressing the scientists, the minister for science, Technology and Innovation Dr. Elioda Tumwesigye assured them of government’s commitment in fostering public engagement on science and technology to showcase science in Uganda and to provide a platform for building strong African and global partnerships.

Tumwesigye applauded the scientists for holding an internal forum to discuss the ongoing banana science in the country and beyond. He commended Muranga for her patented banana research which he described as a mother of PIBID.

“She has become the opposite side of the presumed dismal support given to local scientists whose ideas we so often fail to recognize in Uganda but are brain-drained for overseas uses,” Tumwesigye noted.

“As government, we are committed to making greater use of all science-led programmes to facilitate economic growth and innovation because PIBID’s banana products are steadily gaining recognition both locally and internationally,” he noted. “Uganda’s greater national stake challenges us to invest more in science,” Tumwesigye said. The scientists appealed to government to priotise research and development.

Muranga urged government to tarmac the Bushenyi-Nyaruzinga road to minimize dust in the laboratories which she said it affects the highly specialized equipment.